There is no other way and it is open to everyone, because it is within us, but the desire must be honest,
before you make the most difficult - first step.

One Bible day is equal 4.32 billion years. Each such day consists of fourteen manwantaras and one Satya-yuga. As we are now only in the Kali-yuga of the twenty-eighth age of the seventh manwantara.

A monad (the being plan for development, his seed) lives on one planet. From the unconscious animal having the form of the person, there was a convergence process of an astral monad into a matter, bodies were being compacted and have appeared about 18 million years ago, at the time of Lemuria.

The third world war is the battle for human souls, and its danger consists in everyone takes part in this war. «Very many agreed to change their Divine essence by going through the procedure of so-called vaccinations. In fact, this was a rejection of the God-given image. Consent to change the structure of DNA. The rejection of the Divine code. People voluntarily renounced their likeness to God...

An appeal to the citizens of the USA

But we Russians are not going on anyone with war, only your actions and thoughts have long created for your own society so many problems that God is talking about the existence in the world, such continent as America.

Almost all astrologers accept the calculations of the astronomer Johannes Kepler, who calculated that the birthday of Jesus was in the 7th year BC Let's check if it is so.

This lecture about bad habits and its huge harm, not on human health, but on his evolution development, subtle bodies, and how people voluntarily turn into clones, which are replenishing day after day the garbage tank of our Universe.

Many people try to improve their health using various methods of yoga, occult practices: kundalini, chi-gun, the opening of chakras, etc. And they are completely reckless of consequences and serious dangers.

Most people talk about high morality and spiritual development, but they don’t understand the fine line separating its.

The mistake of Gregorian calendar

Almost all calendars in the world are not made up by scientific reasons, but for reasons of the Church. Gregorian calendar mistake

Theosophy about history and religion

Too many people are very fanatical about religions, though nothing deludes the world bigger, than religious fanaticism and dogmatism, concerned with unessential religious questions; nothing brings to more curdling blood war and cruel persecutions, then this. To read completely part I

There is a big precipice between the doctrine which Jesus has brought into the world, and that doctrine which is being given now in Christian churches. To read completely part II

Astrological chart of the United States of America

If you ask any astrologer: "Where is an ascendant of the United States”? And everyone will tell you that under the Gemini, but there are no charts with Asc in Gemini. Why so?
USA horoscope

How to live without health insurance


How the modern medicine treats disease

The problem of sex 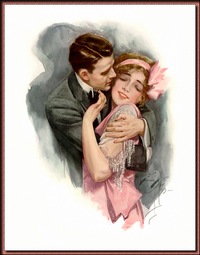 It is a very serious problem because people live in full ignorance about sex even in the twenty first century. The problem of sex has arisen from the fact that the subject is difficult for understanding. Part I

And now we will talk about illnesses arising from misuse of sexual energy. Part II

There is a problem of homosexuality now, and there are a lot of persons needing the help. Homosexuality is growing now, both male and female. Part III

Very often this quality is mixed with the sexual instinct, although the sexual act itself is not love. Part IV

What is a dream

Dream is much more than just a simply rest.

What is impossible to live without

To become a chela

How Teachers of Wisdom
accept chelas

Secrets of the Egyptian Pyramids

What is the reason of diabetes Diabetes treatment

Too many people study the Bible. But the Bible is a book for the crowd. There is only 5% of the truth.