This is a battle between the good and the evil, and it is more terrible than all well known wars. The third world war is the battle for human souls, and its danger consists in everyone takes part in this war. From behind of action, which are supposedly not a sin, people lose the ability to think soberly. First, this is food: fresh vegetables, fruits, nuts of Divine origin replace by surrogates created by unashamed scientists: yoghurts, mayonnaises, sweets, refined oils, chemical drinks and other genetically modified food. These products are not found in nature.

Let's add the eating up meaty food, which eventually turns a person not into a spiritual being, but into an anthropoid one, although God forbids to kill people and animals for any reason. People have completely forgotten that the body nourishes through the system of chakras, which they close by eating meat food and do not care a dime about the law of God. Thus, the material body is gradually saturated with harmful substances, which finally destroy the human energy structure, and the soul during sleep does not receive energy from higher spiritual octaves. 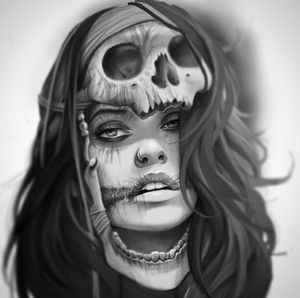 Further, they follow by the direct use of toxics, which not only destroy the body, but also the soul. Just one smoked cigarette, a glass of boose, wine or mug of beer for a whole week cut off the human soul with its imperishable eternal part - the Holy Spirit. The highest happiness is to feel a part of God into yourself but it replaces by doping. Of course, everyone who has bad habits is essentially unhappy, that's why they use them, completely destroying their lives, but woe unto those who produces, sells and allows to sell this nasty thing. These people lose their moral purity, replacing it with bestial desires.

Then music comes, with the help of which you can cause any state of mind from the lofty ideal to the base motive. And, an inharmonious rhythm of RAP and ROCK completely destroys the energy system of the chakras, and kills the human soul, which is much thinner than any musical instrument, but they swat on strings of the soul with a hammer. You don't need talent to write rap. This way the morons grow up.

And how many teenagers became crazy or finished their life by suicide from computer games, although this is better than becoming a hired killer: «The first step seems quite harmless. At the age of six or seven, a child sits in front of the computer and shoots at toy targets. At 12-13 years old, the same child starts watching movies that cultivate violence. By the age of 16-17, this individual is ready to be recruited into an organization of mercenaries and assassins. That is how the system reproduces violence. First, violence is fixed in consciousness, and then in 10 years this violence is manifested in the physical plane through young people who have never heard about God but who have dedicated many hours to watching the scenes of murder and violence» Master K-17.

Natural relations replaces by virtual communication through social networks: «I am talking about your attachment to smart phones and so-called social networks. What makes you think that these types of attachments do less harm to your souls than alcohol, nicotine, music with the wrong rhythms, drugs, gambling...? One hour spent by you on social networks postpones your progress along the Path for a whole year. And a year of regular use of social networks can deprive your soul of the possibility of evolutionary development forever» Beloved Babaji.

Please just think about it: that all examples is given in the text is not a crime at all. And ball grabber is that any person voluntarily destroys his soul. After each wrong choice and deed, the soul gradually loses its connection with God, with its inner compass. God is not a religion that follows a hypocritical and ostentatious outward path. Only very naive people believe that church drones who want to bribe the Master of the Universe with the construction of stone temples and mosques, but who do not observe His Law, have something to do with God. God is, to begin with, the Highest moral law within man.

Is it possible to hear God under knolling or the crash of artillery salute? One holiday salut eunhinges nature for a whole month. Heavenly angels cannot work in such an environment, because they have hearing more than a thousand times sharper than a human. Imagine, you enter the theater, and every time you are beaten with a bat on the head and so is every time. Will you go to the theater after that? Big cities all long ago become abject misery. It can be thinking straight only in deep stillness. Veterans of the Second World War dreamed only of silence.

And the harmful interference of a huge amount of radio emissions makes it impossible for the system of chakras, through which the soul feeds by subtle energies. All, absolutely all favorable changes in the life of a person and society occur only through the convergence of higher energies through the spiritual chakras. Thus, people voluntarily and gradually separate from the Divine nature, closer and closer to complete destruction. «The Divine energy permeates the entire Creation and supports its existence. When the Divine energy leaves, everything falls apart, because there is nothing that holds matter together». Lord Shiva

The last most serious crime, confirming cop-out of the human race from God, was the arson of the house of His Official Representative on Earth. Yes, one set fire, but he was raised by the all, so-called civilization. Each thought, according to the law of conservation of energy, does not go anywhere, but unites with the same thoughts. Then this thought-form crowds around on the physical plane as rain in the form of corresponding actions. Now the whole planet will be on fire.

And finally, about the epidemic. Any disease is the result of a violation of Divine law. A person with a pure soul and has the clean body, respectively, there is no subsurface for microbes. And instead of realizing their mistakes, repenting and embarking on the path of correction, medical men put drug addicts on "magic pills", they are much clever than Gods.

The final choice and rejection of God's guidance was the - this is the first vaccine using genetic engineering. Now, anyone who has made such an inoculation, after the death of the physical body, will not be able to continue evolution on Earth. «Very many agreed to change their Divine essence by going through the procedure of so-called vaccinations. In fact, this was a rejection of the God-given image. Consent to change the structure of DNA. The rejection of the Divine code.People voluntarily renounced their likeness to God. After the death of the Soul, the death of the physical body comes.First, people reject Divine qualities, betray Us, Our Teaching and Our Messenger, then the chakras close and the death of the Soul occurs» Lord Shiva. 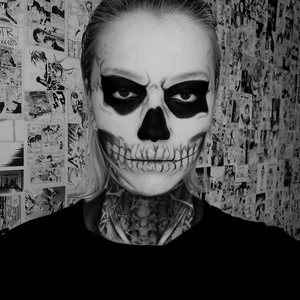 All the problems of earthlings are there because people have never done what God wants, everyone wants to live the way he wants, but the evolution of our planet is moving to the next step - a life in subtle bodies where money is not needed, and it does not depend on from the will of governments. Only developed souls who have no attachment to material values and pleasures will be able to continue their progress along the path of evolution. Therefore, one of the wise men of antiquity said: “It is easier for a camel to crawl through the eye of a needle ...” than a person with an unclean soul will enter the spiritual eternal world. «Not a single soul who has chosen the illusory world can move on to a new stage of the cosmic cycle» Lord Maitreya

Dear readers, the third world war is in full swing, you-all are being killed in the most hypocritical ways, but you are not even keeping an ear. Fight for your souls, sometimes it's better to die, but save your soul, than to live, turning into a zombie.

«This is explained by the fact that poor students are living now on the planet, the people who have fallen behind in their development, their spiritual development, from the advanced part of humanity who are dwelling at higher energy levels now. Your time is called the Kali Yuga. This is the exact name of the age of degradation and the absence of the priority of God in people’s lives. With all the seeming outer pomp and with all the technical achievements, the existing civilization is doomed to destruction. It is exactly due to the fact that it has torn itself from God and His Law» Lord Lanto.