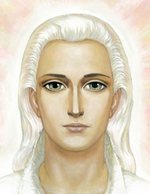 Everything is not capable of assimilating New Consciousness, the principles of the Common Weal, Goodness, Cooperation and God’s Guidance, will be wiped off the face of the Earth.
Sanat Kumara
March 4, 2005


Mr. Steve Jobs
did not buy his health
for money

"If a cancerous tumour makes its home in a human body, a healthy organism starts to free itself of bad cells. Exactly the same principle works in this universe. If any human civilization concentrates only on the satisfying of personal interests and thinks only about enjoying this world, such a civilization is to be annihilated, just as a cancerous tumour can be removed by a surgeon". Sanat Kumara

I am a citizen of Russia and appealing to you, extending my friendly hand, with the calling to stop in order to think about what you're doing! 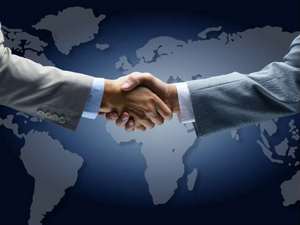 The American society is very practical people, merchants and businessmen. Money, business, commerce are the first priority for them. The best thing that you are able to do - is to sell something. And you not noticed as have already sold the most valuable thing that a man can have - his soul and conscience, you have sold it for dollars.

Do you think that the success came to the U.S. using your ability to sell something. Answer the question – what and whom does the Earth belong to. It lives not for money and has already had its Owner from the moment of the beginning of this creation, this is God and we exist only because of Him, but you have forgotten this thing.

And America became a rich country due to the fact that there was a man on this land who was able to conduct the Divine energy in the world - he was Mark Prophet. (He was Noah, Lot, Pharaoh Akhenaten, wise Aesop, Apostle Mark, Origen of Alexandria, Lancelot, Bodhidharma, Clovis, Muslim ruler Saladin, St. Bonaventure, Louis XIV, poet Henry Wadsworth Longfellow, Tsarevich Alexei Nikolaevich Romanov, now Ascended Master - Beloved Lanello) . But the American society did not want to listen to God's Representative on the Earth, because you have your own God – this is the Dollar.

And now there is a person in the world who can carry out the Divine energy and lives on the land of Russia and the Russian people have accepted the Divine Messenger. But you're late in development my friends.

«Yet, I must say that there is nothing behind the entire so-called western civilization that might be needed in the future society. No matter how strange it may seem to you, I will tell you that both Europe and America have irrecoverably fallen far behind the people of Russia when judged by the level of their spiritual development and the level of their consciousness». (Beloved El Morya, June 9, 2005)

«Western Hemisphere lags behind in the level of their consciousness. And it saddens us. Especially we feel sadness when direct our gaze to the land of America. Huge potential of this country, unfortunately, still not directed towards evolution. The difficulty lies in the most nature of this nation. Because Americans can not admit that their country has not lived up to our hopes. And now it has to reform and find the strength and the desire to once again sit behind the desk and start to learn, learn new ways of thinking and new consciousness no matter from what country a new way of thinking and a new consciousness come to them». (The Great Divine Director, January 3, 2007) 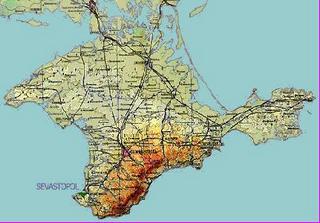 You just can not believe your eyes – how it was possible without a single firing shot and without billions of dollars, such territory, as the Crimea became the part of the Russian Federation. And it happened, thanks to the will of the people of Crimea, Russians prayers and to the will of God's of course and your political intrigues are not logged. And our President has nothing to do with.

Let’s imagine for a moment that the people of Crimea wanted to be a part of America, you then would praise yourselves worldwide that you are wise politicians, and when you could not do it, you fling mud at Russia. Your government wanted to place military bases in the Crimea, but now there will grow bread. The people of the Crimea did not want to become the 52nd States, because Americans are no longer loved around the world and you should blame yourselves.

You have chosen your own god - the Power of the Dollar, but Russia - the true God, who lives in our hearts. You promote and even legalize violence, unconventional sexual relationship openly going against Divine Law, forgetting about the history of Sodom and Gomorrah, were destroyed by God as a punishment for the immoral sexual behaviors.

You may not teach Russia or other countries how to live. You don’t understand our country, because you have no spirituality, spirit and belief. During all the period of existence you have belittled people of Russia, our history and culture but magnify yours. You forget that the Russian squadron ships was staying off the coast of America during the Civil War between North and South to support the Northerners. It is enough to mix us with mud, stop please. Everything you do - it's only digging yourselves a deeper hole. We want to live peacefully with all countries, but this song is over 60 years sounds in every Russian city in the days of remembrance of World War II.

“Let enemy hiding in ambush retain
We are on alert, we spy him.
We do not want a foreign land span,
But own land, we don’t give an inch.”

But we Russians are not going on anyone with war, only your actions and thoughts have long created for your own society so many problems that God is talking about the existence in the world, such continent as America. Solve your problems because you have a little time and do not meddle into affairs of other countries. Do you know or not, but a much greater sin is not created by people who commit violence, but those who supports this violence in their minds.

«Every new race that comes to Earth must receive a new continent for its evolution and prosperity. And you should realise that the age is now coming when the new Sixth Root Race is coming into embodiment on Earth. At present this Race is located on the existing continents, but in the future, when the influence of this Race on the evolution of the earth becomes dominant, it will receive its own continent which will be brought into the world by the Earth on place of one of the present oceans. Correspondingly, old continents such as Europe, a part of Asia and both Americas will gradually submerge together with the towns and the people inhabiting them. This process can be gradual and painless and take thousands and tens of thousands of years, but it can also happen almost instantaneously, just as happened with Atlantis which went under water with the traces of the Fourth Root Race, the behaviour of which resulted in the fact that the catastrophe took on a global character. Actually the entire continent, its largest part, went under water in a few days. It was impossible to escape during the time limit granted by Nature even in spite of the fact that this race had unexceptionable ships and flying machines.

The entire deliverance lies only in the level of your consciousness. If your consciousness is on a high enough level to enable you to have a connection with the Ascended Hosts, you will be warned about the future catastrophes beforehand and will have a chance to build your Noah’s ark and undertake your exodus to the new lands in good time. Therefore, if the level of mass consciousness of humanity is able to rise to a higher stage in the near future, the inevitable cataclysms will take place gradually and painlessly and will last for a considerable period of time. But if humanity prefers to go on experimenting with its free will and does not heed the voice of the Divine Reason, the character of the cataclysm will be more ruthless and destructive. It is nothing for the Earth, when she becomes agitated because of her children, to send a whole continent such as Europe to the bottom of the sea in twenty-four hours.

I understand that it is difficult for you to believe in the danger which threatens you because you have not experienced anything like that during your lives. The memory of mankind keeps the legends about the drowning of Atlantis together with the hundreds of thousands of people inhabiting it as something excessively fantastic to believe in». (Beloved Lanello, June 26, 2005)

You probably forget that life on Earth exists thanks to God only, due to the fact that we released the hidden spiritual and divine energy, but not for the dollars.

All nations are important to God, because we are His children. But the children become adults are most valuable, because they choose the path to the spiritual development, but not toward the Golden Calf, which Moses broke it, if you remember.

Billions of years ago the Creator planted the seeds of the spirit on the Earth and now there are many raised flowers capable of conducting spiritual energy into the world through the light of their heart, especially in Russia. Needless Gardener is waiting for billions years these flowers, cleans around of each flower all the weeds and never will allow the locusts to harm His harvest.

Don't be the locust.

I hope friend you listen to this appeal.


P.S.Dear friends, hardly anyone listen to the prophecies, business more important for you, but may be able to save at least a few souls. And while you're doing business with your acquiescence of, the US government brought the country to the precipice. Look horoscope of the United States, the success of the country ends - progressive Sun is in conjunction with the Asc from 1948 to 2018 with an orb of 1.5 degrees. At the time of presidential elections in 2016 the US will waiting for a big crisis. Many countries will cease to trade in dollars.

“Many times we have suggested that you go along the royal road, along the path of changing your consciousness. But you, most of you, have chosen a hard path, the path of hardship and misfortunes, sufferings and losses. …A great descent of human karma will be taking place in the physical plane. Unfortunately, there is very little that can be changed”. Sanat Kumara

“The latter-is the future fate of your British Islands, the first on the list of victims that have to be destroyed by fire (submarine volcanos) and water, France and other lands will follow suit. … When your race—the fifth—will have reached at its zenith of physical intellectuality, and developed the highest civilization (remember the difference we make between material and spiritual civilizations); unable to go any higher in its own cycle its progress towards absolute evil will be arrested (as its predecessors in the Lemurians and Atlanteans, the men of the third and fourth races were arrested in their progress towards the same) by one of such cataclysmic changes” Koot Hoomi (the letter to Sinnett № 93, October 1882).

"Now you see a sweet form of God, but in the future you will see a fierce form of God. Peace will come only after a Kranti. During this Darbar a glance of future events is given. There will be destruction in the Punjab, West Bengal, and other Muslim countries. Some countries will be obliterated -- nothing of their future will remain. Most parts of America will be destroyed. Russia will survive". Shri Babaji (05/05/1982)