Hello friends. This article is for those who want to understand - what is spirituality. Most people talk about high morality and spiritual development, but they don’t understand the fine line separating its.

For example, a man gives flowers to his beloved or a disciple shows respect for the teacher, giving him flowers or people bring flowers to the monument. This is considered as a moral act, an internal assessment of the person from the standpoint of good, ethical conduct, adopted in a civilized society. But this is not spirituality. The man who has the spirituality will not give flowers. He loves the teachers and his woman and the victim's his grandfather first of all in his heart, but he loves and flowers, as a creation of God and don’t break its.

And so let's remind the moral law of nature: we can kill animals only in the case of an explicit attack on the person and the second case is only for eating when there is no other food. Animals should be used only for its intended purpose and not to hunt and fish for fun, not to make horses and camels racing and the corrida show are the most shameful human relations to animals. 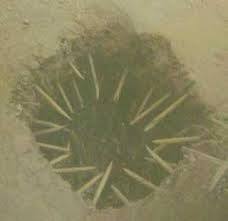 There is highest moral law in wild nature, it is the wolf creek (pitfall). The hunters to catch an animal dug in the ground big hole on the trail of the beast and camouflage it. And when into this hole fall man and wolf two enemies in principle, the wolf will never attack a person, because both are in misfortune. A dog with a bandage grenades going under the tank, horse - humbly, patiently and uncomplainingly genuinely helps a person overcome distances, dolphins save people from drowning at sea and people folded songs about Swan fidelity. All of these are examples of high morality. And people have forgotten about their origin can learn from animals. The example of animals is not selected randomly, because the animals don’t have spirituality in general.

Many people mistaken for spirituality different abilities: a clairvoyance, an astral travel, an ability to communicate with the subtle worlds, to walk on water, to turn the water into a wine - as well as variety of wonders that can do magicians and sorcerers. And the one who trusts in miracles will never understand the gist of the Teachings of the Ascended Masters. But someone takes for the spirituality - the priest's clothes. But is it so?

To sort out any issue, we need to look at its root, into the essence from which arises the concept. But this is impossible without knowledge about the history of mankind. What is the main difference between man and animal, which behind the man with the billions of years of its development? One day of creation (it lasts 4 320 million years), monad (it is the plan of development of creatures) lives on the same planet. We were the animals on the Moon. On Earth the original man was created by Progenitors of the ethereal shapes of animals was stripped of tight body. An ethereal man could run, walk, lie down and fly, but he had no consciousness (spirituality), he was Chhaya - shadow unconscious .... Those who were ready for further development, was annexed by spiritual spark, Higher Self, Conscience, Higher Mind. 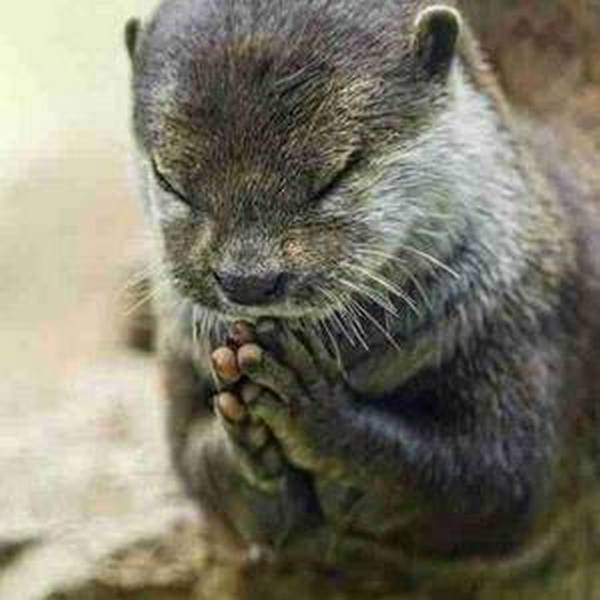 And now the man started to reply for his actions. The animals don’t have the causal body, have no conscience and therefore they have no karma. The souls of animals are clean, they have a high sense of morality, but they are not responsible for their actions. But can we say that a person has high responsibility is the spiritual development human. Of course, no. One of the highest responsibility has the president of any country, but is there at the moment one of heads of state, such as Mahatma Gandhi or Nicholas Romanov (they had the spirituality), the answer is - not.

The purest souls are children, but do they have a spirituality? The answer is again not. Thin essential and the physical body of the child or teenager is not able to withstand the load of spiritual energy, which can be compared with liquid fire. They have spirituality only in their infancy, whether such child even Jesus Christ. Every human incarnating goes through all the stages of development again to get a birth in the spiritual body, but highly developed personalities do it faster.

Can we say that the Church has spirituality, the answer again is no. One of the important conditions for spiritual birth is not just a commitment to any religion its external manifestation. The external worship of God does not have anything in common with the internal worship of the Deity. Do you remember the deal of Pussy Riot. Hardly anyone would deny that girls were being immoral, showing extreme disrespect for the feelings of believers. The Church acted morally of course, but it had no spirituality. The head of the Church must to rely first of all on the justice of the Divine law but not human. It is a big difference between the wearing a cross around the neck and going everyday through the crucifixion on the cross of matter.

All mankind can be compared with the picture of an imaginary cut in the life of a plant. The first and largest group of people about 90% of humanity live underground, where there was a life - worms, insects, microbes.... These people can be moral, vegetarians, respect for dissenters, help others, have sexual cleanliness, don’t have bad habits, etc. But all this is possible to do without love. These people don't even know that there is a world, where is the Sun. The second group is those who see the Sun, they already touched to spirituality, knew the love. But these buds are not even aware that they have a little Sun in their beings.

And to make this flower you must obey only the dictates of your own heart, don’t spite of prudent considerations of sanity. And the people who are becoming this flower represent the greatest value in the eyes of God. Because, if the Earth will not bear fruits, it will be destroyed. The people in the first group will never understand the third.

Morality is the basis of spirituality, it is impossible to open the door leading to the Sun not being a moral person, not clearing the junk that has accumulated in the soul and all her corners. The Ten Commandments were given to humanity through Moses is primarily the moral laws and it is impossible to approach to spirituality without running this moral law. Spirituality is a completely different form of human relations. The spiritually developed person lives with an open heart, through which light pours into the world, this light is able to heal all around. He never and just under any conditions will not disturb the harmony of nature and its law for anything personal. He would prefer to die, but not to defile his soul and never go against his conscience. He works for science, art, evolution and does not expect for any reward either. As a rule such a person has no personal life.

Some manifestations of spirituality can be generally taken for immorality. So the Lords of Wisdom teach us, that we are able to distinguish these concepts. Isn't an immoral act to throw family, children, father’s business and become a homeless person that was Gautama, but then it was the first step on the path to spirituality.

It doesn’t come to the funeral of a loved one, isn’t it an immoral act accepted by society. But Jesus said to the man who wanted to bury his father – «Follow me and let the dead bury their own dead» (Matthew 8.22). The people do not want to understand that they bury the man’s «temporary costume - the body», true man – his soul and spirit go to study further, to the subtle world. Additionally, «the burial of corpses is a violation of the laws of Nature, it is an affront to the dignity of death» (from letters Koot-Hoomi to Sinnett). The burial of corpses means to infect the atmosphere of the cities of harmful ethereal phantoms of sadness and skepticism, aversion to life, not to mention about various infectious diseases, which is poisoning the ground.

Society considers moral to touch, to the relics of saints. But did anyone think about why the crucified body of Jesus Christ had disappeared from the tomb had been guarded by Roman soldiers. Imagine please how many people would have killed in the crowd, who wanting to touch, to the relics of Teachers, instead of studying His teaching and follow him. 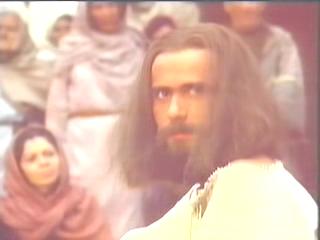 To come to Church in shorts – it is immoral, but God looks on clothes made in heaven. How the Teacher accepted the prostitute to become his apostle, the woman who had committed greatest crime against evolution – a squander the gene pool of humanity it is absolutely immoral. But Jesus had condescended for Mary Magdalene, because He saw for a smelly and slippery oyster «the hidden priceless pearl».

Then follows the contradiction of public morality again: «A man’s enemies will be the members of his own household» (Matthew 10.36). How the members of the household can be the enemies of humanity - it is immoral. But on the Path to spirituality they became a barrier. Our earthly parents wish the best for their child, won't they go through the life on the way strewn with flowers, but God calls us to Himself through the Rose Path strewn with roses with thorns.

There is an abyss between the higher morality and spirituality. Many people go through the life as respectable people such as men of a science, an art, doctors, teachers, these are those sprouts who have seen the Sun. Their soul can be compared to a barrel of clean water. But it is all up until they didn't want to become the Sun or to take the Path of Initiations. They even don’t know their moral force, because it is not tested in harsh conditions and have not been tempted. The spiritual light influences on the human aura triple action, as well as the Sun of the natural world.

Old branches dry up faster, young sprouts grow faster and if you put clean water on the sun's rays it starts turbid. And so the man who had affected by the aura of the Lord of Wisdom begins to know qualities in himself about of which he didn't know. If the barrel with water does not touch the water seems clean. But the Teacher stirs from the bottom of the barrel with water accumulated silt and shows his disciple like in the mirror these deficiencies that the disciple needs to work.

And if you want to pass through the spiritual light it needs to pass through many tests, these are: a loneliness; the test of loyalty and strength; no attachment to the charms of matter; you must go as a sheep through the pack of wolves; you should always go through the real death, giving your soul for friends or Homeland, what to do in one embodiment is impossible….