In the modern world, many people are tending to develop psychic, extrasensory abilities, try to improve their health using various methods of yoga, occult practices: kundalini, chi-gun, the opening of chakras, etc. And they are completely reckless of consequences and serious dangers.

The majority doesn’t want to work at their spiritual self-improvement, to increase the vibrations of their bodies, to develop the patience, purity of thought, power of love, constancy and humility. This way seems very difficult and long, so many believe that it is better to register for any course and they will be learning everything for money. The wide gates lead to the hell. Don’t you know that God gives everything for free. The whole world is naked and open, the Light is everywhere and you just need to find it in yourself. This work you will still have to do on the path of evolution.

It's not a secret that man has power energy centers, called - chakras or "antennas", which connect us with the Higher worlds. Developing the chakras leads to waking up various abilities. For example, the awakening of the chakra of the throat - gives the ability of hearing an astral plane, the glabellar chakra - gives a person an astral vision, the spleen chakras - the ability to move on the astral plane, etc. On hearing it, many decided to activate the chakras using any methods. Knowing that Gautama achieved the enlightenment in the lotus position, thousands of people began to learn to sit in this pose and wait for enlightenment. But there is common to sit in the East. Does someone think that if he will weasel out of everyday affairs or work out a karmic debt, but sitting up in the lotus pose many hours, he will open the chakras?

It seems, there are many teachers of yoga in the world and they have only one motive - making money. These «yoga teachers» do not know that any exercises must do only in a state of high consciousness. Yes, collective exercises speed up the development of abilities, but can you determine in what state your opponent is in, with what thoughts he makes you activate your chakras, in what state of consciousness. After these exercises, all imperfections of the opponent accumulate in your aura. Undoubtedly, there are many useful exercises for the development of mental abilities. But you need to apply them with great care. There are such exercises that contribute to the untimely awakening of such force as kundalini. This powerful force as named as – «snake fire» likes a liquid fire. In the human body, its home is the base of the spine and in an ordinary person, it lies there awakened and its presence is not even suspected throughout all life.

It is much better if kundalini remains asleep until a person reaches a certain spiritual development when his willpower becomes enough strong to control it and all his thoughts become clean, enough to allow a person to meet this energy without harm. No one should experiment with this energy without the precise instructions of a teacher who really understands this subject, because the dangers associated with this are very real and serious. Some of them are purely physical. Uncontrolled movement of kundalini often produces severe physical pain and can easily break tissues and even destroy physical life.

However, this is only evil of the lesser kind, which it can damage our higher bodies. One of the very usual consequences of its early awakening is that energy does not ascend upwards to the body to the heart, but downwards and excites the most undesirable passions. It excites them and intensifies their effects to such an extent that it becomes impossible for a person to resist them, because there is the force before which he is as powerless as a swimmer in front of the shark's jaws.

Such people become monsters of debauchery, because they are captured by a force, which is disproportionately superior to the resistance of an ordinary person. They may also acquire some paranormal powers, but these powers will bring them to contact with the larvae - the lowest level of the evolution and man should not have any affairs with it, and the liberation from under their terrible slavery can take more than one embodiment. And even if you exclude this greatest danger, the premature disclosure of its attracts many other troubles. It strengthens the lower qualities in human nature. For example, an ambition increases very easy and swells to an extraordinary size. The intellect can grow, but at the same time, it will give an abnormal pride which is absolutely unthinkable for the average person.

In order to the developing of kundalini is normal, it is necessary the following sequence to open chakras:

If you start with the 1-st chakra, it gives - madness, under closed 4-th and 7-th chakras. Starting with the 8-th chakra gives the fire of the centers, if the 4-th and the 7-th chakras are closed.

All teachers of the world, millions of years repeat the same thing: “seek truth and God first of all in your heart, and everything else you will receive”. After all, the opening of the heart chakra connects man with the eternal spiritual world, where from man gets pure energy. He will always be able to distribute it by his discretion. When the heart chakra will be open, not until then one may learn any occult practices. The discrepancy between the opening of the chakras and the general readiness of the body can also bring to sad results. Also, remember that up to 30 years, the opening of the chakras is impossible without harm to health. It is very simple to recognize the opening of the heart chakra. You are happy and satisfied with life, there is light and love into you, you had a drink from a divine spiritual source and you will never wish, you touched to the truth. And then 144 chakras are waiting for us.

Of course, the physical body must be trained and adapted to overload. When kundalini rises, the heart rate rises to 250 beats per minute, the kidneys work 10 times more efficiently, the liver - with a fivefold overload, the circulatory system and excretory system - is 10 times overloaded. Probably you know such excessive manifestations of the psychic energy as stress, fear, fright, etc. And if your body is weakened by usual weariness after daily activities, then there may be various oncological diseases.

An ordinary person has a thin etheric “tissue”, which protects against premature development of kundalini. And if there was no this caution, an ordinary man, who knows nothing about all these things and completely unprepared, may be influenced by forces of astral substance with which he cannot cope. He would expose to constant mania by a larva, which is being on the astral plane, which would like to use his energy. So it is easy to understand that any damage to this “tissue” represents a serious trouble. Low vibration - meat, tobacco, alcohol, drugs, rock and rap music destroy this “tissue”. It is also impossible to properly open chakras, if you belong to any religion, because “none of the existing religious confessions in the world meets the demands of genuine service to God”. Beloved Melchizedek

A person who wants to open higher psychic abilities in himself will be very unreasonable if he does not take care first of all about the extreme purity of the heart and soul, because this is the first and greatest need.

«Each object or image which comes into your visual field exerts influence on your entire energy system. And if you always watch commercials with wrong images, this makes your energy concentrate in the lower chakras and prevents the Sacred Flame from rising to the higher chakras of your being. You, yourselves, voluntarily block the flow of the higher energies in your spine. Low-quality music, meat products, drugs, alcohol, nicotine, pornography drag you down to lower energy levels and prevent your soul from the development». Buddha Vairochana 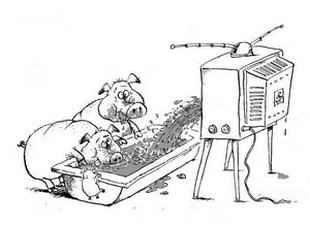 And if we want to develop some higher ability, we must start by controlling our desires and our own mind, hustle away our favourite sins and physical impurities, stop to defile our body with meat, alcohol and tobacco and try to make ourselves completely clean - from this lower plan to the higher. Continue your efforts and you will rise even higher, and in time, you see another greater life and one day you will feel that the true life which has still remained unknown to you all this time.

The West chose prayer, the East - meditation, all this is certainly useful, but it is still an accessory method, which helps us to hold on our consciousness at a higher level. Really, all lessons we study in everyday life, among conflicts. You cannot open any chakra will open, if you respond to evil with evil and hatred. You may say that such development will take many years. But you are trying to compress into one life all evolution, which usually takes many lives. And yet it's worth the time and effort. All great Masters of Wisdom were people too and we must be like them. So, at once, you will shine with the sunlight to those who is suffering or in sorrow. You will remain master of your, pure and unselfish and you never using your new abilities for own purposes, but always only to help and advance your fellowmen, who can learn too, live a wider life and rise from the ignorance and selfishness to the magnificent sunlight of the divine world. «In fact, the level of your development is determined by the purity of your chakras. The more chakras are open, the greater is the quantity of the cosmic information to which you get access». Mighty Cosmos

Check the puriry of your chakras purity

0 It looks like you chose the answers at random. Try again.
before 3 Yes, something you guessed right. Probably accidentally
3 - 5 Most likely you read from books.
5 - 7 Your successes is satisfied.
7 - 8 Result is worthy of respect.
9 - 10 You wend the Path of Evolution.