If you want to change your life for the better, please read how to live without health insurance. There are many advertisements of various medicaments on the television and the Internet. And that advertising clearly characterizes the attitude of the public and medicine for diseases. First, the industry of business instigates a person to eat any surrogates and then medicine industry offers a treatment. All this is instead of eliminating the cause of ailments and diseases. This always characterizes the true doctor from medic. Doctor treats a person, helps a person to understand the causes of the disease and trying to cut them. The medic treats the disease and often cures, but takes all the rest health.

The meaning of life has now been a festive table with different exotic foods. There are a lot of programs on TV screens about cooking. It is a happiness – to eat tasty with a huge amount of alcohol and smoke with chatter. All about this is bitter writing, but alas, the consciousness of the modern person is very low, even animals behave more reasonably. And it is hard to disagree with Gautama Buddha, who attributed such people as “two-legged” class of the animal world. It pains me to see the children, teaching to eat dead flesh - meat, thereby contaminating their ethereal body by low vibrations and accumulating karma of killing animals. Parents are then surprised when they're angels for 18 years become a mediocrity.

The cause of all diseases was, is and will be the negative energy - karma is collecting in the aura of a person because of his wrong actions, emotions, feelings and thoughts that we make in our life and in our past lives. .

Each person eating meat creates the karma of killing animals. One can eat meat only in cases of emergency (autonomous survival, war, famine, etc. Because all this is temporary), when there is no other food, in that case karma is negligible. And when there is a huge choice of foods in the shop - to eat meat and fish is simply a crime against nature and God.

The Theosophy is a difficult doctrine. And scientists don’t have spirituality still a long understand how one person eating meat would be punished diseases, etc. but the other not. The motive is an important because it creates a karma. Meat food often has many poisons and causes disorder, it is tainted by such terrible diseases as cancer, tuberculosis, scrofula, fever, worms, etc. and as a result causes vascular disease and headaches.

The strongest argument of those who eat meat is the amount of protein. But the proteins have a tend to decompose. And over time, the meat eaters have a just a cesspool in the abdomen, mouth smells bad. But our scientists, doctors have found the way it is chewing gum, take drugs from the stomach, ruin the liver, instead of removing the cause. In the end, «der Mensch ist, was er isst, - a man is what that he eats.» And not any real joy than to become sluggish ruminant, all the energy of which uses for the digestion of food. V. Veresaev.

Besides, it is just sickly food - the flesh of dead animals. It is not so nutritious and has less energy, it is only more quickly digestible, but also the supply of its energy is negligible. Meat food block energy centers - chakras, through which the energy of the subtle world comes. Meat is digested faster than the plant, but spending faster and creating the illusion of fullness because there is a nitrogen. The plant stores energy, animals spend it. Vegetarian food digests longer, but it goes a long way.

The almost endurance and strong animals are elephants, buffaloes, horses eat a vegetable food. The other kings of the forest take their fangs and anger. And then we wonder the reason of violence and cruelty in the world. And how much blood is pouring during religious festivals, such as Cuban Bayram, bringing animals as sacrifices to God. They totally unaware about this - such events attract hideous beings of the astral plane and after these demons provoke man on the murderous actions. God does not need such a sacrifice, do not need your money and temples, He should see your heart burning with love He wants this sacrifice - we must be live with our egoism.

On the path of evolution man must conquer his animal nature, from the animal to become a spiritual man, a spirit and God. If you want to degrade, to become the animal and to sink into oblivion - eat dead flesh. Space law is - to eat food without destroying the environment or at least to destroy minimal. Unfortunately, many people believe that they can uncontrollably indulge their insatiable desires, not thinking about the consequences of their uncontrolled emotions and thoughts and after the medicine will find there. Many have a race for elusive happiness - money, for which health can be bought. 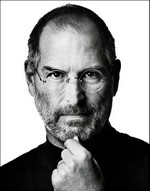 But all known Mr. Steve Jobs billions have not helped, he did not buy health for the money. He died of cancer about the roots of this disease was written earlier. And cause of cancer lies in sandwiched emotional nature, in the plural, the manifestation of negative emotions. When people have sex without love and openness, they don't allow the energy to flow throughout the body from the bottom up. When they meet with real life situations that cut man, the people close their hearts an armor and gradually heart become a stone and doesn't miss a spiritual energy.

Mr. Steve Jobs was necessary to understand the causes of disease, realize their mistakes, to take a decision to change his lifestyle. He had to make an effort to step dissolve that stone wall, behind that is the heart, open the heart chakra that the spiritual energy melted clots negative energy in their aura, but it was not enough money ... Would he take with him a penny? But he took with him all the unsolved problems, recorded in his aura, in the next incarnation. All oncological diseases are successfully treated without medication and interference into the human body, using the raising of consciousness and spiritual energy. As doctors just solve their problems, make complicated, expensive organ transplants, make money, but man does not help.

How the modern medicine treats disease 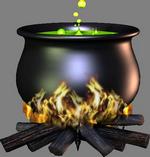 Do not rely on medicine that sees a person - as for various chemical processes. And all treatment is a medication. They forget and don’t know that the person has a slim body, soul and Higher I Am - the Spirit that is woven from subtle ether, which has the nature of energy of human thoughts, desires and emotions. Let’s like how the process of treatment is having today, compare it with cooking in the kitchen. Suppose it is absolutely correctly has assembled all the necessary ingredients for cooking soup (drugs for diseases), water has poured, mixed and that is all. And such fluid is given to the patients. But there is no a fire on a cooker. The medicine cures with such efficiency.

It does not suspect that a person has this Fire of the Holy spirit in each, does not know how to kindle its properties, etc. But without this Fire any treatment is ineffective. This fire is in everyone's heart, but the people have forgotten the path to it. That's what we need to do and opened the Fire to guide his sore spot. This Fire increases the level of vibrations of cells that begin to restore and revive, dissolves clots accumulated negative energy in their aura.

«The vibrations of your cells vary a lot depending on the food a human has, the conditions human lives in, whether he has any addictions and even whether he inclines to listen to the music containing disharmonious vibrations. The very living in big cities does lead to a sharp decrease of the cell vibrations. Therefore, no matter how you try to reach the next stage of the evolution development living in big cities, you won’t succeed. The urban infrastructure is capable of producing a rumbling of a low-frequency, which is spread out hundreds of kilometers around the big cities, and dozens of kilometers around the smaller towns».Koot Hoomi

The treatment of any disease must be complex. It needs to understand the causes of diseases, to cut them, to live in harmony with the surrounding world and the laws of the cosmos and medicines are optional. The people spit upon the laws of the universe many years and decades, to satisfy their insatiable desire, thoughtlessly spent their energy and now want to enjoy a magic pill to cure. Do you really believe that? Do you really think that your problems will be solved a medical insurance? This easy path leads to a dead end!

All problems have to decide for himself. You sinned, sinned, then gave money to the Church and think you will be forgiven. No, all have to pay to work, by disease and suffering, until not you aware of own mistakes and correct them. I hope you read the article that many of the causes of diseases associated with the incorrect use of sexual energy.

«For example, nobody will come out to forbid your free disposition of your sexual energy. You can afford any misuse. However, you must understand that the more you cause your sexual potential to be out of control, the less vital energy you have for continuing the evolution. Your descendants will be weaker, if it is possible for them to appear at all, and you will burden yourself and all your close relatives with more diseases. Where does it lead? This leads to degradation and degeneration. And within only several generations from a healthy cell of the society your family and your kin will turn into hapless and sick people who are not capable of further evolution. If you wish that your family prosperity and you are as sound as a bell till the end of your life, then you are destined for chastity and continence». Koot Hoomi.

You have already read about the diabetes and now look at the infectious diseases that come from the outside. Most people blame this on anyone but themselves. But let's follow the chain of earlier events. Often a person likes to satisfy his wish for any cost, even he harms to others. And, it seems, there is nothing wrong, especially to satisfy your desires when you were a teen. But every action is taking place not in accord with the harmony of nature, without love, against the will of God, leaves in the human aura negative, low-vibration energy accumulates each time.

This negative energy (flaws in the aura) is attracted to someone from the outside world such energy as different microbes. Man falls into the company of such people, that you dragged yourself to the person with an infectious disease. In addition, the negative vibrations that are in the aura of a person, transmitted by law hysteresis for auras of people with whom the person comes into contact with life. And now the family begins to suffer and the immediate environment. It turns out that we let get from the outside. And what about the children, the records in the aura persist in the next embodiment.