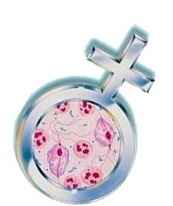 Poor sex life or a situation where a person does not have a normal realization of this natural process is the subject of constant internal unconscious thoughts lead to such effects:
- to a condition of large decline of vital strength and, as consequence, to the inevitable bad health inherent in certain type of people - to so-called "old maids" and "old bachelors". There is no need to notice there are many unmarried people who conduct normal life and do not fall into this category;
- to the constant attempts to attract the attention of the opposite sex, sometimes reaching up to an unhealthy degree;
- to the development of homosexual habits or to those perversions which deform life of many intelligent people;
- to tumors, which affects the reproductive organs and often leads to operations;

There are also other parties. But it is already told there is enough to show the danger of feeling, of disappointment and painful interest in sex. It is possible to find acknowledgement to in dreams which connect a brain, a mind and reproductive organs together and prove the fact the astral desires causes a physical inclination. It shows the statement that the physical body automatically responds to astral control while unconscious during the hours of sleep even.
You well know the way of treatment it is full of creative external life, especially one benefits the person and society. In all cases unreliable energy can cause a variety of stresses and reactions leading inflammation and diseases of bodies impacted energy. Glands are there in the abdomen, major and minor, endocrine and lymphatic - have a strong influence thanks to its hypersensitivity, and are a powerful source of any complications. Then it leads to diseases of the endocrine system.
When the race will develop correct emotional control, we will see gradual disappearance of a phenomenon of a cancer. It isn't correct to control and to suppress impulses of sexual desire by the violence willed method. The secret of healing from cancer - lies in the correct transmutation and eventually it will understand. It besides we will see later. Through correct rhythmic sexual life and through correct proportional accent on all phases of person life the absolute immunity from the tuberculosis will come and through a secret of the correct understanding the periodic creative reproduction, the disposal of harm of social illnesses will come also.
Any excessive excesses are harmful to the person, and it is necessary to learn gradually to transform the sexual energy, doesn't stop its suppression, and doesn't spend in vain this divine energy, but guides it in the right direction. In the world of the phenomena of the average person, the emphasis has been done always on pair mutual relation of the sexes, all our novels, plays, cinema, and also hobbies of all men are testifying for it. The creative beginning expresses itself mainly in the race reproduction, carried out through relations of the man and the woman. That is right, good, and is a part of a Divine Plan.
And as it was specified earlier, people are mistaken much, approaching to a subject from two different sides. Ones inhibit natural desire and place emphasis on a celibacy, others, especially now, run into the other extreme measure - they deplete normal sexual desire due to the expense of full dissoluteness, permissiveness and perversions, destroying themselves and will putt a basis of misfortunes in the future of this life and on many following embodiments.
Doctors know that various diseases of a throat conduct to infertility in both men and women. And diseases of a throat and the endocrine system are often caused by an excessive expenditure of sexual energy. Astrologists know a strong interrelation between two opposite signs it is the Scorpion (the sacral center) and the Taurus (the throat center).
It is known to any student of the occult sciences that the energy flows to where we direct our thoughts. The human person and is caused by the activity or passivity of the power centers (chakras). And the energy, which centers directly, can be controlled and operated by the spiritual person. The sexual energy of the sacred center (Muladhara) must be transmuted and lifted to the throat center (Vishudha). This is the occult alphabet of the sex transmutation.
The true transmutation is in the proper sense of proportion in relation to any phase of human life. When people learn to understand the role which sex must play in everyday life and learn to concentrate the thought in the throat center, this center will automatically engage the forces of the sacred center up the spine, then a normal sex life will be streamlined, but not atrophied, and take its rightful place as one of the conventional abilities and needs of that gifted people.
Then sex becomes, first of all, the way of creation the bodies are required for an embodiment a human monad. Thus, by avoiding all extremes, by initiation of bodily energies to higher goals, the current misuse of sex will give the way to ordered life and the proper use of this major bodily function.
back