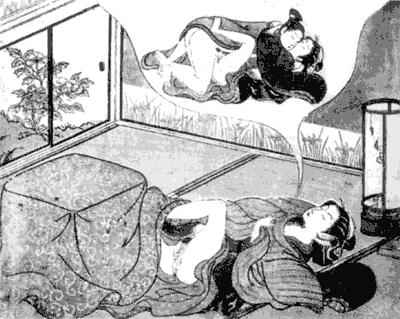 The man is not better a woman, and a woman is not better than a man. But, many thousands of men consider a woman is an evil or temptation. But God has pointed from the beginning, that man and women should be complementary to each other and to serve the needs of each other. God has not commanded that men lived separately from women, or women - separately from the men. Both of these great systems have led to a large number of sexual crimes and to many sufferings.

There is no such sphere of human life where the person cannot act divinely and where all functions cannot be illuminated by the light of pure reason and love. It is true that not everyone can have a family in our day and have a normal sex life, but this does not deny the more important fact that God created the person for marriage. But also the statement that celibacy is a sign of deep spirituality and a necessary part of esoteric and spiritual training is also a mistake, abnormal and it is undesirable. There is no better school for the chela, than the family life with its obligations, its scope for creativity necessary sacrifices and service, as well as its opportunities for the full expression of all sides of human nature.

There is no more important service to race, than creation of new bodies for entering souls, and then creation of conditions for education and their formation of a family. The celibacy is necessary that the higher nature refused to submit to the requirements of the lower nature, and the spiritually developed person would refuse to submit to flesh requirements. Forced celibacy is installed in the lives of many chelas has led to large deviations and many distortions of God-given functions and abilities.

Those chelas, who follow by the Path of Initiation in the higher parts of the Path, after second or the baptism of Spirit Fire, to the Third will have to overcome these natural human desires which are obstacles and temptations on the Path. The celibacy is often the result of excesses and dissoluteness in the previous incarnations, and now it is more austerity measures and the person getting to conditions distinct from normal to compensate and to correct past mistakes.

People live alone have sexual desire sometimes. But any desire of the person is living in an astral. It represents an astral being which aspires to fulfill his. Any image created by human imagination, really exist in the astral plane. When some persons are united and inspired by one will and desire their thoughts and images are lived in an astral with special force. So there are whole egregious generated by the society of people united by one idea. Each person has an immortal part of the Higher Self and the mortal part of the four lower bodies (physical, etheric, astral and mental) The Higher Self has the ability to increase from incarnation to incarnation or disappear absolutely. Each person is given a certain amount of energy. And we use this energy. And those who incorrectly spent true God tempered energy can not continue the existence, because there is nothing to evolve further.

Those violated the laws of evolution who from incarnation to incarnation lose your Higher Self. They become a larvae, or shadows of those who have lived on Earth, and from whose sinful souls the immortal spirit has gradually separated. Larvae try only to satisfy their desires, and eat psychic energy, nerve force from person living with the same negative feelings and desires, as they are.

Larvaes can be the various affections: sensuality, passion, hatred, attachment to alcohol, drug addiction etc. Larvaes can accept every possible forms and can change the kind, because the astral plane is very plasticity. If the desire of the person has gone out, larvae dies, because there is nothing to eat. So larvaes are strenuously trying to prolong the ephemeral existence and kindles in the person desire. Larvaes of sensuality are especially dangerous, they are created by sexual desire of the person, they raise his voluptuousness constantly, causing before him images of nude women or sexual scenes. Earlier one of the main hotbeds of sensuality larvaes were monasteries, where natural function of a person is suppressed often by a lack of understanding. Now a hotbed of larvaes is any extended pornography, even a view which, attracted to someone of these voluptuous astral entities.

All this may give rise to such phenomena as the incubism is the sexual intercourse by a person with a definitive larvae of sensuality, in other words, with the astral image of the man created by him or women. That is the full illusion of sexual intercourse is reached. But thus the person becomes attached to it and spends a lot of energy, up to an exhaustion. As a rule same larvae pursues the person as already knows predilections of the victim. Widows are very often to become the victim of incubism grieving about the death of the favorite husband, and imagining itself in its embraces, drawing thereby lifeless larvae and in ecstasy is given to it, thinking that belong to the spirit of the husband. Such dialogue conducts to an exhausting and to madness. And of course a person creates karma.

To solve the problems of sex it is necessary will take care first of all of extreme cleanliness of heart and soul, after all it is the first and greatest necessity. And living with love in the heart, the person gradually forces out the low desires. The aspiration to love, desire to love and be favorite is inherent in all live beings. The greatest distortions have been brought in a sex question because of infringement of the Divine Law owing to abusing free will at the time of ancient Lemuria and Atlantis. The quality of Love is the greatest of all Divine qualities. Very often this quality is mixed with the sexual instinct, although the sexual act itself is not love. And all kinds of sexual perversions were from here. Even in kisses there is more love.

«In the course of time you will be able to understand the authentic intention of the Sacred Fire granted to you by God. But now you ought to understand that every time you use this gift not in accordance with the Divine intention you create karma. You create karma as you waste the Divine Energy for receiving shallow and purely animal pleasures. However, animals act much more reasonably than you in this respect. Their use of sexual energy happens at least in the framework of yearly cycles at an appropriate season of the year. During an act of sexual intercourse a gigantic amount of the Divine Energy is released. This release of the Divine Energy can be compared with a flash of a Hypernova star. And you know that your energy flows exactly in the same direction as your attention. And if at the moment of release of the Divine Energy you think of receiving pleasure for yourself and your partner, you use your sexual energy wrongly. Many of you will find my words impossible to absorb into your consciousness. I am absolutely aware that my words will sound strange to many of you. But I must inform you about the very elementary basis of the Divine Ethics, which are known even to animals, but have been forgotten by mankind for some reasons. Everything in this world belongs to God. And you are particles of God. Therefore, everything you do, all your actions must conform to the Divine Law and take place within the framework of this Law. If you do something against the Will of God, you violate the Law of this universe and create karma». Paul the Venetian

«There is no force mightier than Love in this world. Therefore, those forces that have decided to separate from God first of all parasitize on the distortions of the quality of Divine Love. The entire industry of sex and pornography, stereotypes of interrelations between the sexes propagandized and circulated by mass media are aimed at keeping you from any manifestation of Divine Love. It seems harmless if you watch a film cultivating your desire to satisfy your sexual instinct. It seems to be an innocent amusement to look at a naked female body advertising subjects which are absolutely unnecessary for your spiritual development. As a result hatred for Divine Love settles in your consciousness. You voluntarily strengthen the filters embedded into your consciousness and preventing you from manifestation of the true Love quality in your life. It is impossible to draw a comparison between the primordial Divine manifestation of Love and the understanding of love which has settled in people’s consciousness from the days of the fallen civilizations. It is like life and death. One of the qualities of the saints is their ability to absorb the nectar of the Divine Grace into their hearts. There is no pleasure in this physical world that can be compared to receiving this Divine Grace. Only pure hearts are capable of obtaining this Grace. A stream of Divine energy and Divine Love passes through all your bodies and caresses you. You experience ecstasy in every chakra, every energetic center. The greatest sexual satisfaction which you can have in the physical life cannot be compared with the experience of the Grace sent to you by God. Think whether it is harmless for you to watch pornographic films, to tolerate foul language, to be in the company of people admitting dirty thoughts and conduct in their attitude to women and sexual interrelation. Each of such negative vibrations contributes to your separation from the quality of Divine Love. Contemplate flowers, nature, children’s smiles. Constantly guard your love against any manifestations of anti-love. Guard your relatives and your children. The future of your planet depends on the conception of Love which will be obtained by the new generation. Truest Love begins from the veneration of a woman, a Mother. The feelings you experience towards your mother can leave their mark on your whole life. The happiest families are those where the respect for the Mother, as for the keeper of the hearth, has become a tradition. May your consciousness never be burdened with any bad thoughts directed against Mother, against the female source. All of you are mothers in this world, both men and women. You have descended into your embodiments to master the quality of Divine Mother. Therefore, your correct attitude to a woman, a Mother, is the guarantee of the successful acquirement of the quality of Divine Love. Without this acquirement you will not be able to know the Father and the Son. I wish you to acquire the quality of Divine Love in your present embodiments». I AM the Presence of Unconditional Love, and I caress you with the rays of my Love.

back Were you thinking about getting pleasure for yourself or for your sex partner?